When log in is successful, the Files screen is shown. 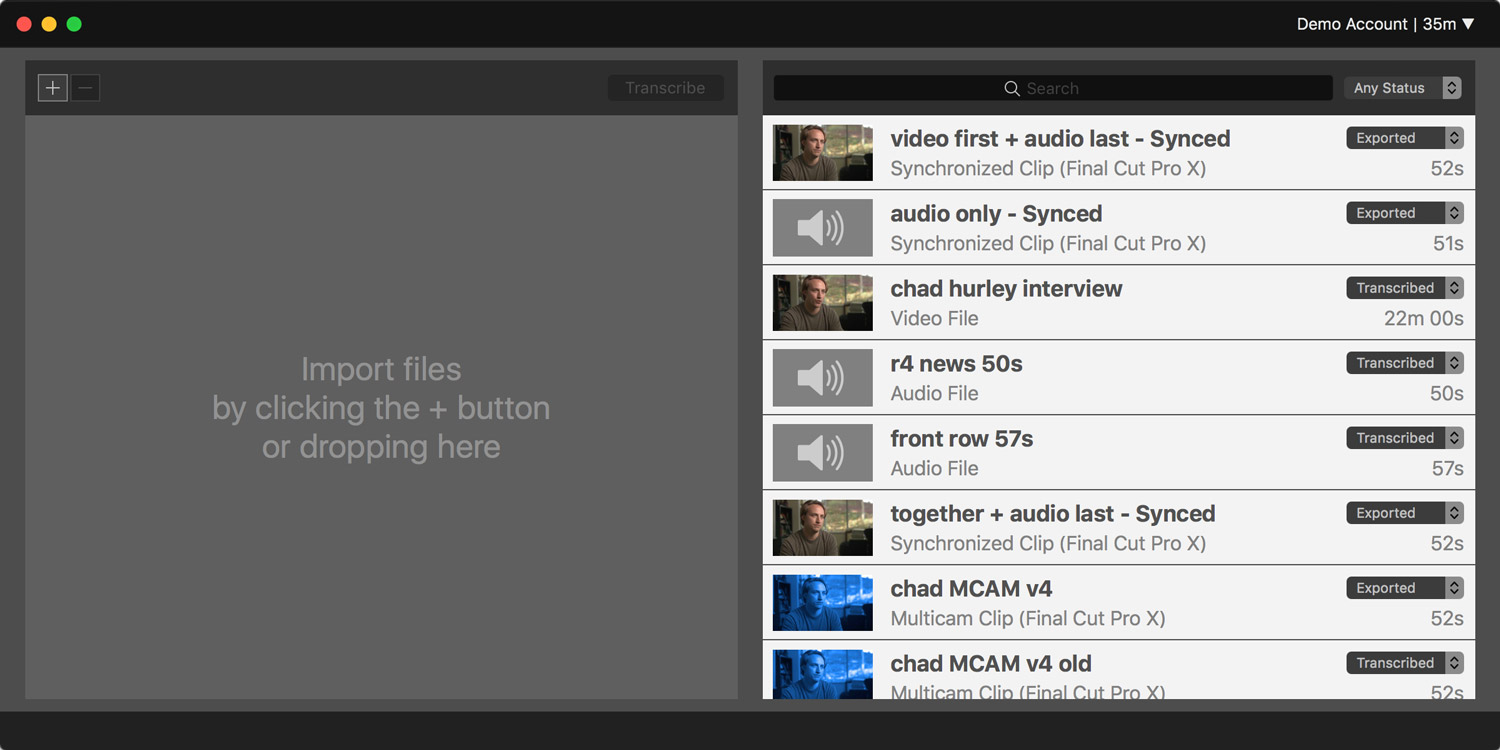 Once the email address on your account has been verified, you will be able to import files for transcribing.

To import files to SpeedScriber, do one of the following:

Successfully imported files will be shown in the pending files list.

SpeedScriber will import audio and video files that are supported for playback in QuickTime Player (version 10 and later). MXF files are also supported if running macOS 10.12 Sierra (and later) and the Apple Pro Formats codecs are installed. NOTE: there is currently a severe MXF file performance issue which we've reported to Apple, so you may find MXF files are too slow to be usable.
If any files cannot be imported due to file format or lack of audio track then an error message will be shown.
If an imported file has no audio then a warning triangle is displayed and none of the imported files can be transcribed before the problem is fixed. This requires enabling an audio channel (that actually has audio) or removing the imported file from the list. See the next page for details on how to enable/disable channels. 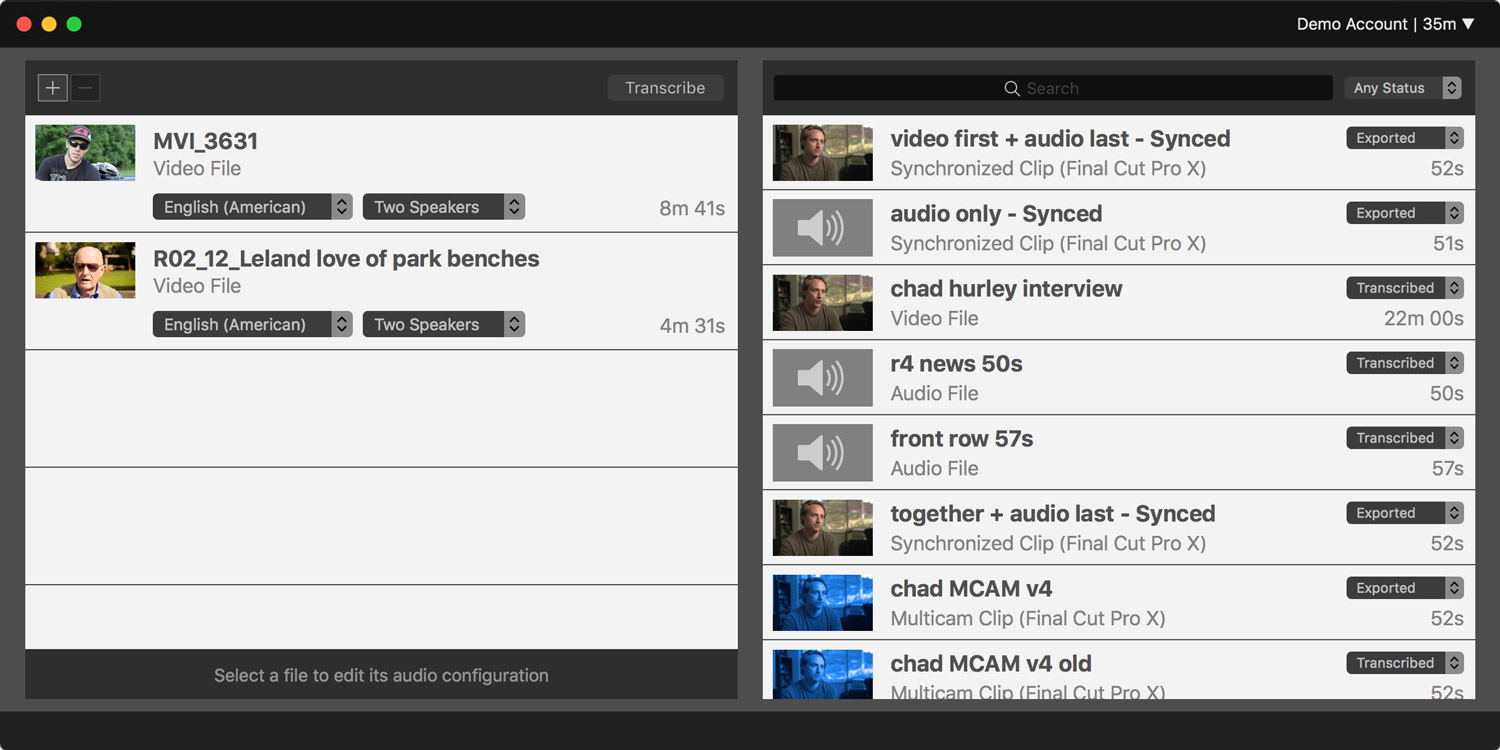 The following information is shown for each file:

The name can be edited by clicking on it with the row selected.

Imported files are set to use the default language as set in Preferences. Choose the language/accent that is most common in the imported file.

By default the file is set to have two speakers. If you know that there is only a single speaker talking then select One Speaker and if there is more than two speakers or an unknown number of speakers, then choose Many Speakers.

Pressing the Option key when selecting a language or number of speakers on a file will change all imported files to the chosen value.

Any imported files will be removed when the app is quit and will not be restored at the next launch. If SpeedScriber is quit when there are imported files, then a warning message will be shown.
< Logging In Previewing and Configuring Files >